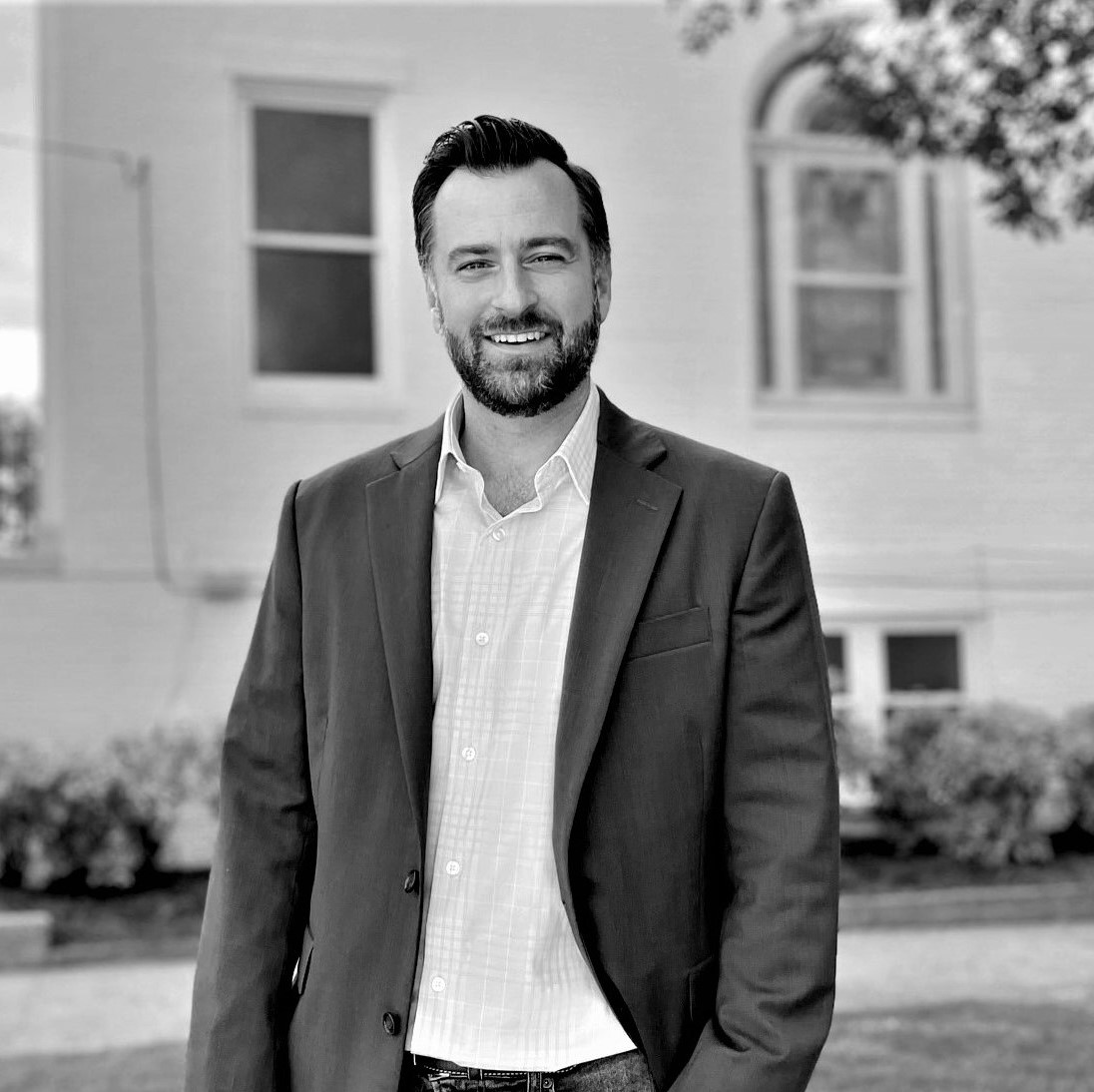 Jerry is a native of Columbus, Georgia. He graduated from the University of Alabama where he studied literature, and he earned his Master of Divinity from Candler School of Theology at Emory University. While at Candler, he helped relaunch, and served as the vice president of the Candler Evangelical Society.

A natural story-teller, Jerry has a passion for pulpit ministry and uses a narrative, conversational style of speaking in his sermons. Jerry most recently has served as the pastor at Vienna UMC and previously also served in Macon and Buena Vista.

In his spare time, he enjoys spending time with his wife, Clare, and their children, Liam and Hannah Clare. He also enjoys running, writing songs on his guitar, and spending time in the outdoors. 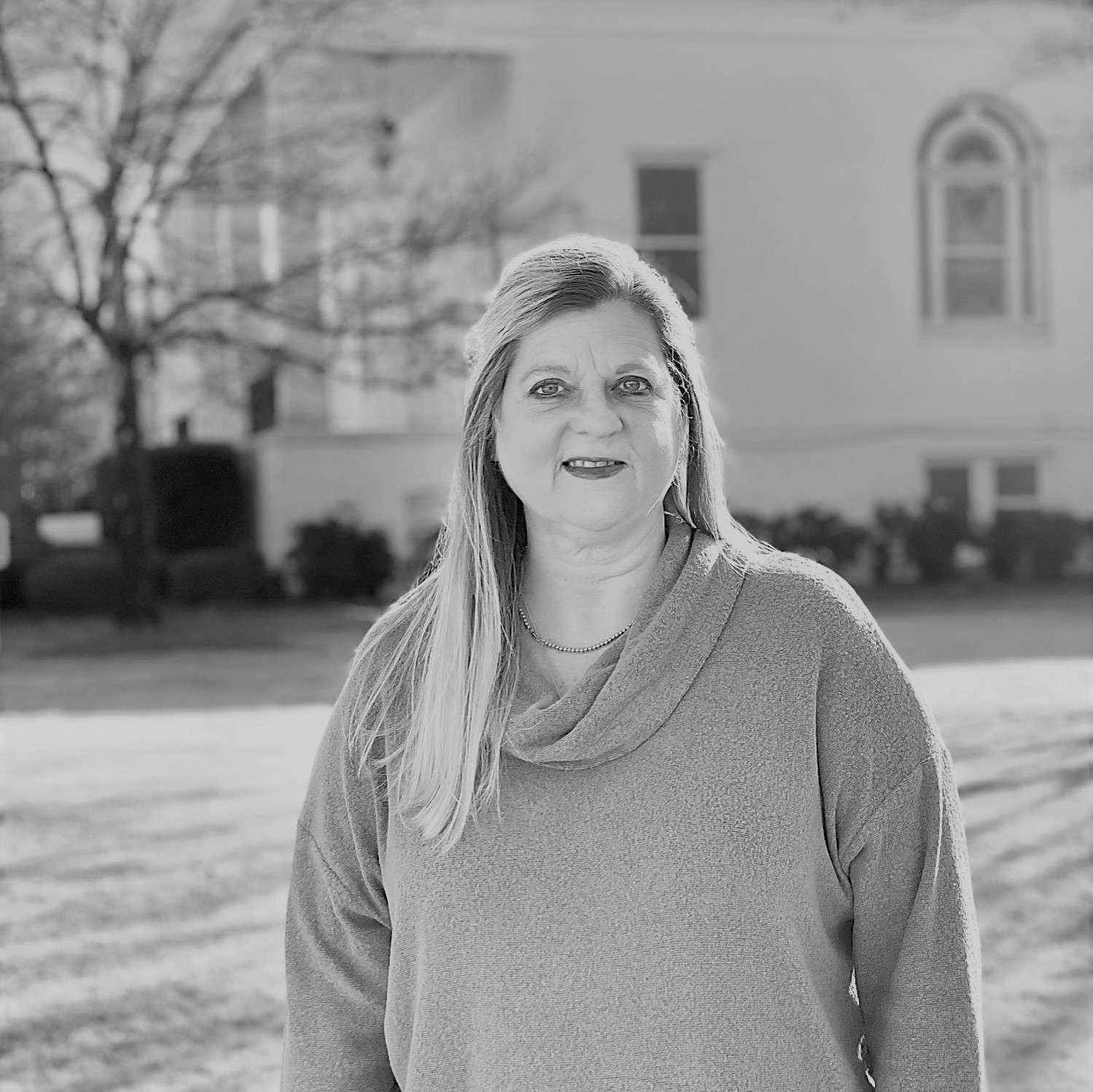 Linda is a Deaconess in the United Methodist Church, having been consecrated to that role in May of 2020 after significant theological education and training. Linda is also a Certified Lay Minister (CLM) in the UMC, having gone through CLM training through our South GA Conference over the past couple of years.

But beyond all of that excellent and valuable credentialing, Linda is a beautiful example of loving servanthood, care, and compassion. We have been the recipients of her faithful ministry in so many areas as she has lived out her call to be a disciple right here within our own congregation in countless volunteer capacities over many years. 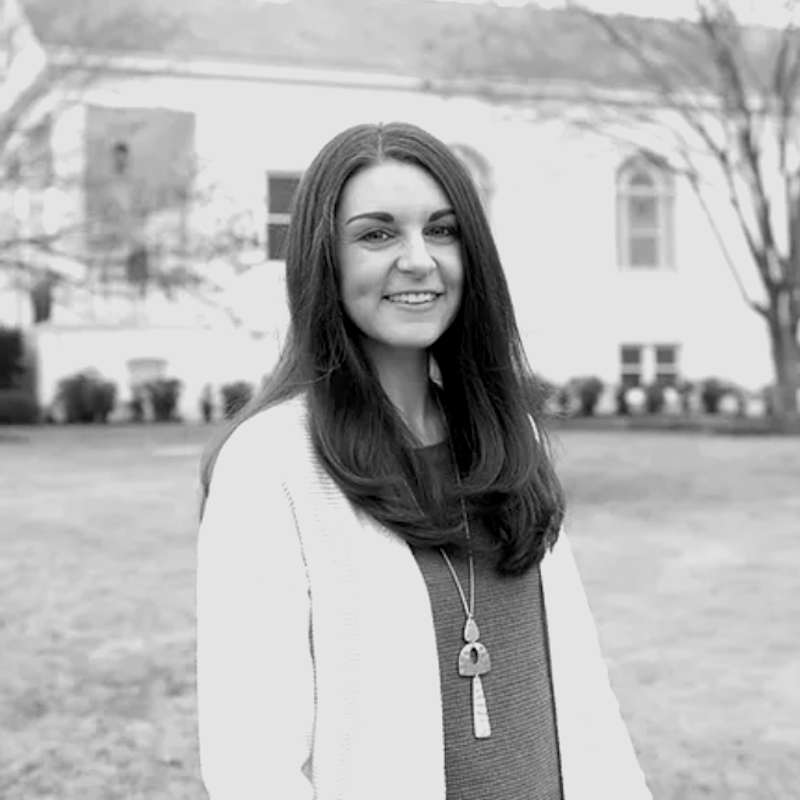 Roseanna is originally from Buena Vista, Georgia, where she grew up in the United Methodist Church. She attended Georgia State University where she earned a Bachelor of Arts in Art History. Roseanna served on staff at Pierce Chapel as the Children’s Ministry Coordinator from 2014-2021, and has recently moved into the position of Director of Programs & Communications. She loves helping connect people and grow the body of Christ through this new role! She is also passionate about missions and cross-cultural work and enjoys helping coordinate Pierce Chapel’s mission efforts.

Roseanna is married to her high school sweetheart, Kasey, and they are the proud parents of Rayna, age 11. Their family enjoys traveling and trying new things! 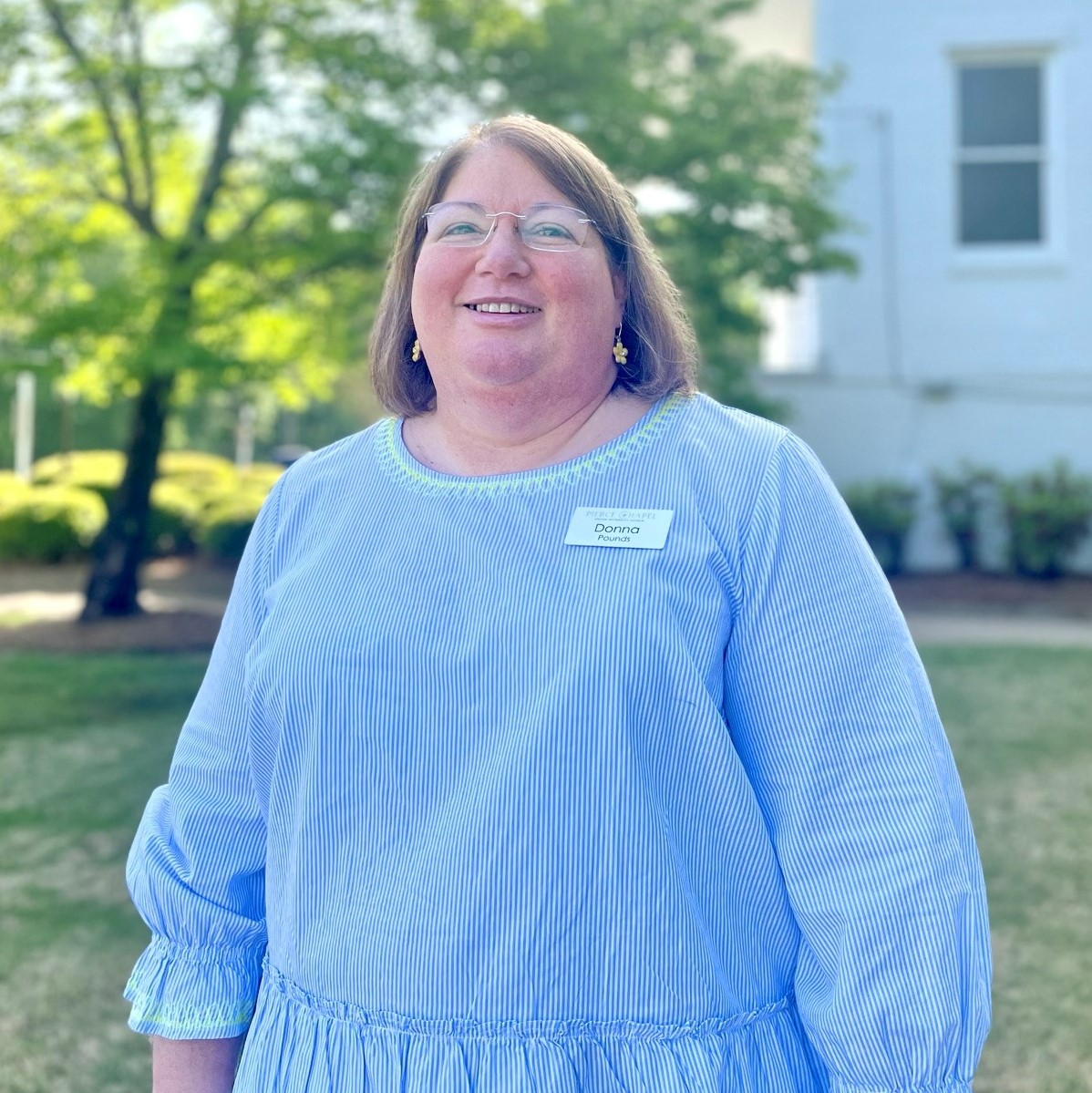 Donna has been involved in church music ministries since her preschool days and, since Junior High, has been employed at her home churches as an accompanist. She truly enjoys her dual role here at Pierce Chapel serving as choir director/service accompanist as she works at equipping folks to lead in worship through many different music ministries such as adult choir, children’s choir and handbells.

In addition to her duties at Pierce Chapel, Donna is proud to be a Registered Nurse and a Certified Lay Minister (CLM) through the South GA Conference. Donna enjoys outdoor adventures with husband, Randy, and adult son, Miles, and his family. 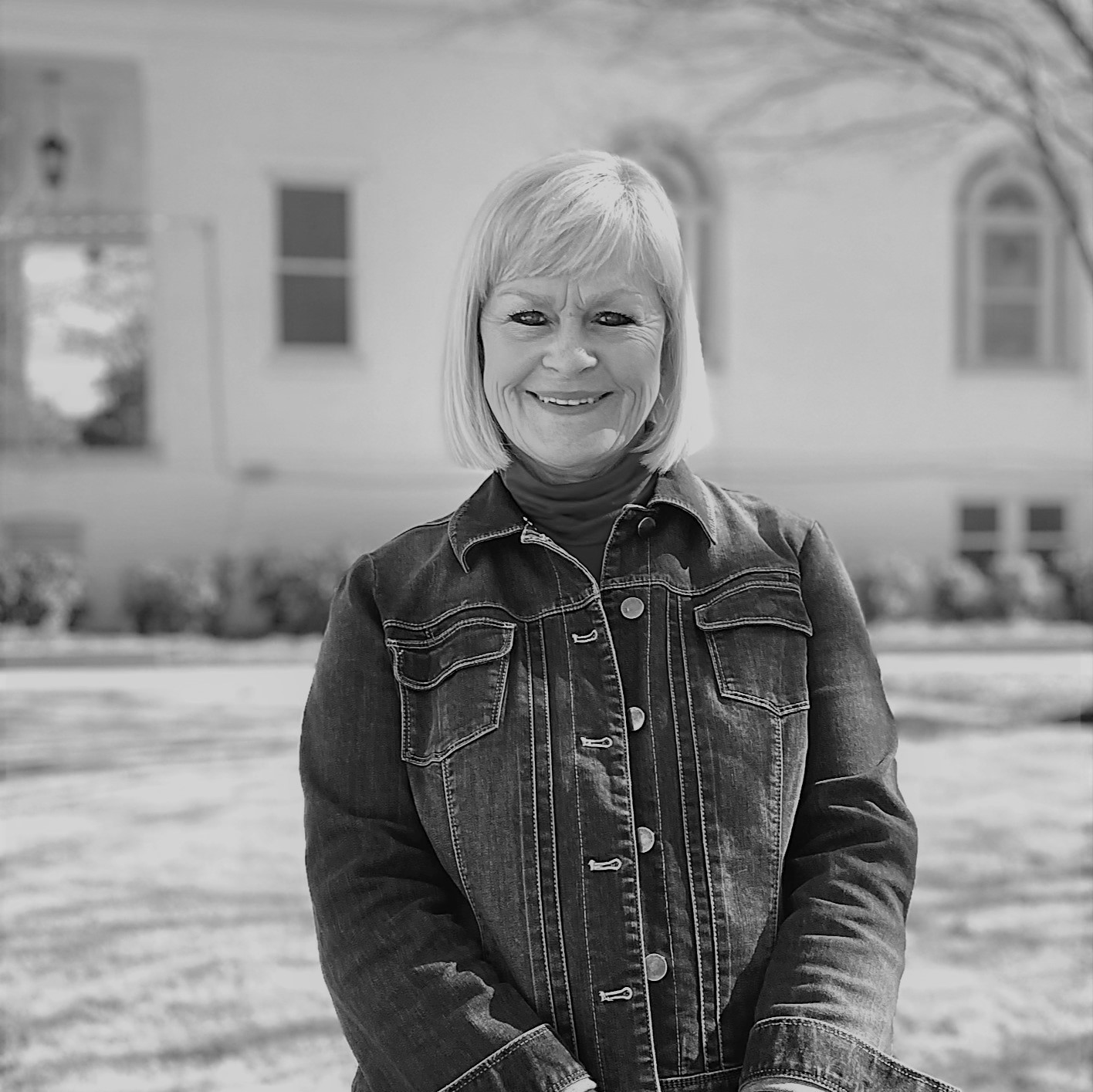 Debbie accepted the role of Preschool Director in January 2022. She has an impeccable reputation as an educator  in this community and she is dedicated to loving and serving children and their families in truly life-shaping ways.  Over her career, she has served as  Assistant Principal and Principal in Harris County, and in her work as Assistant Superintendent of Schools, she oversaw the Pre-K program for all of Harris County.  Debbie has a proven track record of fostering healthy, supportive relationships with staff, with parents, and with children. 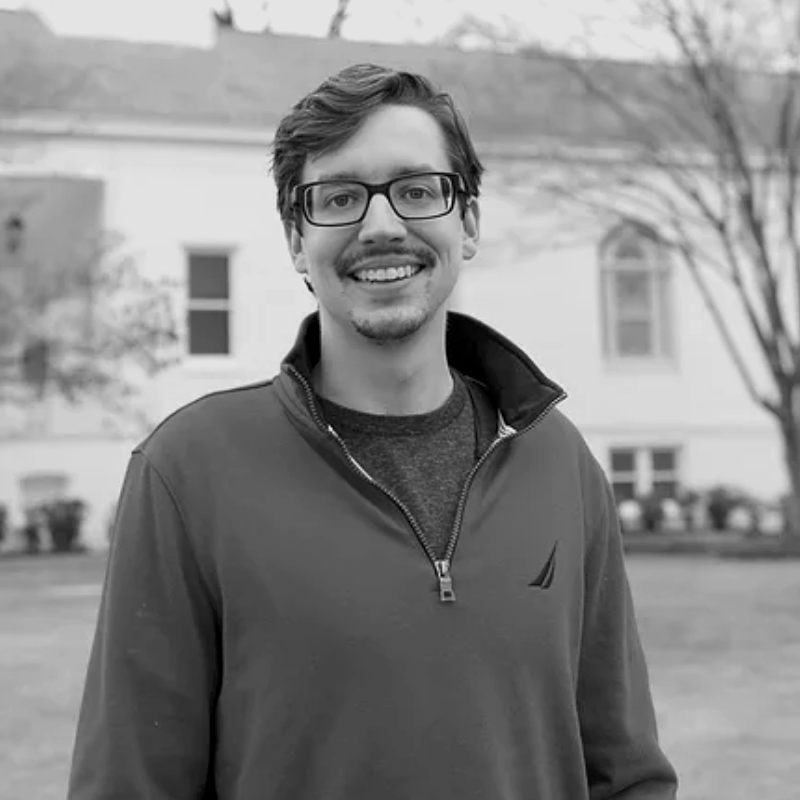 Noah came to Pierce Chapel from Christ Community Church (his home church). For the last 3 of those years, Noah volunteered as the “right-hand man” of CCC’s full-time youth minister. Noah has a passion for students and seeks to help them know their hope and value in Christ. He is committed to pouring his life into our students to encourage and challenge them to follow Christ with their whole hearts.

A graduate of Veritas Classical School in 2016, he is currently working toward a Bachelors in Ministry Leadership degree (online) through Toccoa Falls College. Noah married Ansley in June 2021. 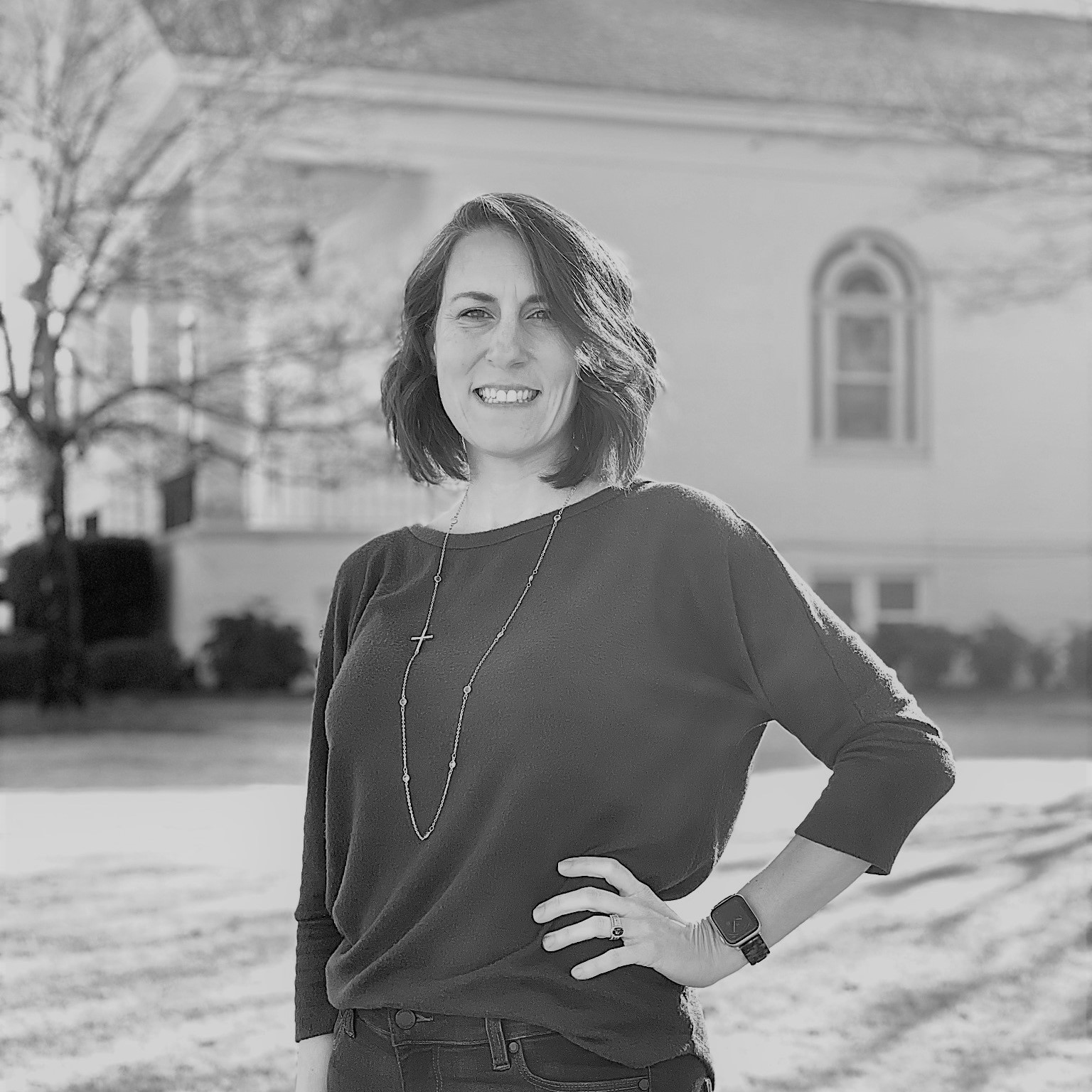 Beth has many years of experience serving children and families as a nanny as well as years of experience managing employees in a retail setting.  She not only loves to connect with people herself, but she also has the natural ability to help connect people with one another.  Beth identifies “shepherding” as one of her spiritual gifts, and her desire is to shepherd children into the knowledge that they are deeply loved by God and to support parents as they guide their children in a growing relationship with Jesus. 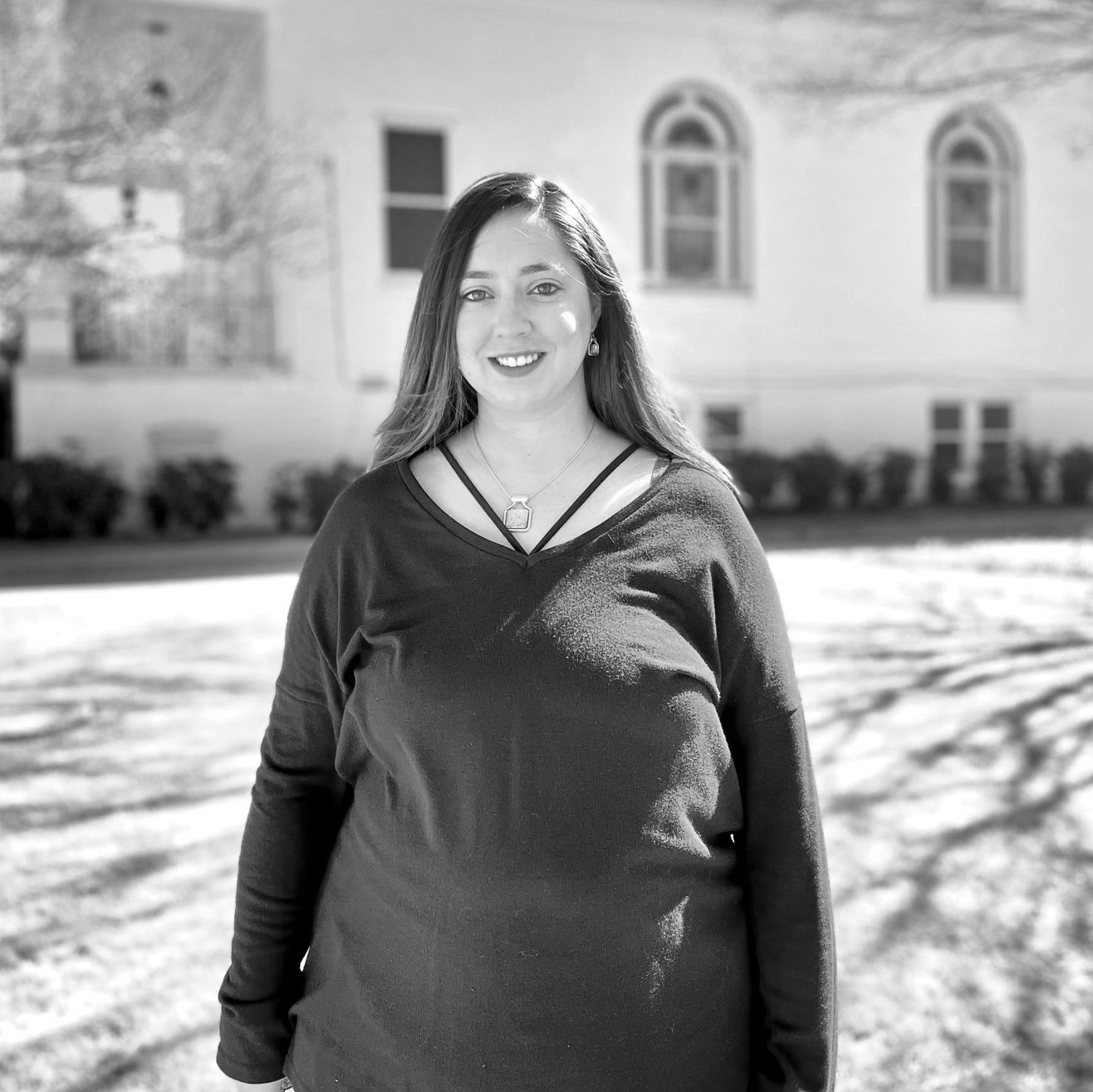 Taylor, raised up at Pierce Chapel, has often said it was her childhood dream to one day serve as Nursery Director! She began volunteering in the nursery as a teenager and served many years as a regular nursery worker before becoming our Nursery Director. She loves caring for children and you will find her surrounded by babies and toddlers most Sundays!  Taylor also provides childcare at her home when she is not keeping kiddos at church.

She is married to Kevin and they have two children, Brenna and Charlie.  Their family loves to explore new places and enjoy the outdoors. 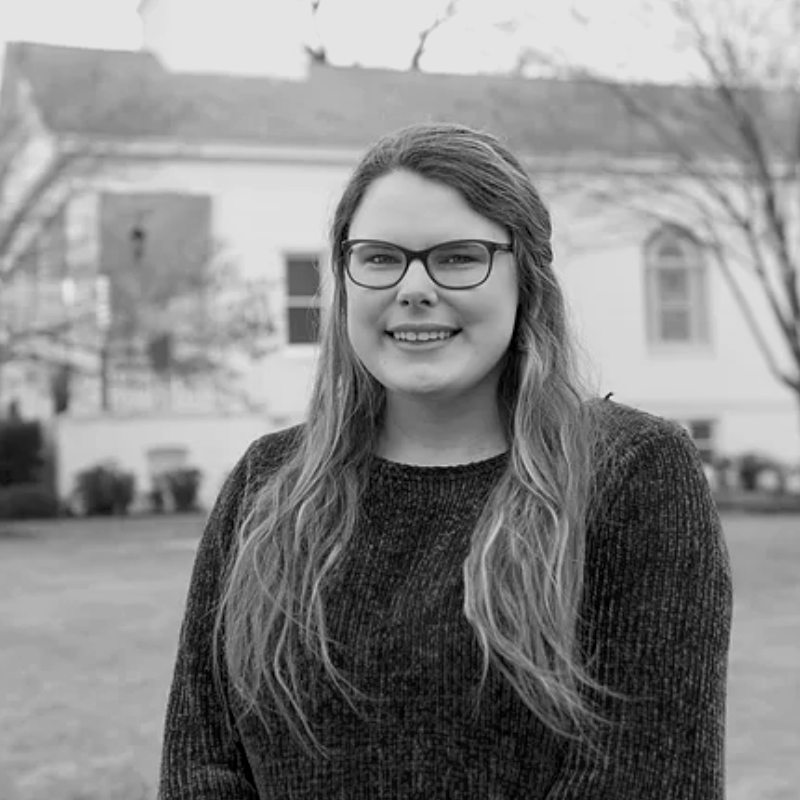 Kellyn has been a member of Pierce Chapel for over 15 years and grew up in the Children’s and Youth Ministry. She has a heart for kids and for serving. In December 2020, she graduated from Columbus State University with a Bachelor of Science in Psychology. She plans to continue her education to obtain her Masters in School Counseling.

Kellyn loves working with kids, teaching them stories and truths found in the Bible, and helping them know Jesus. 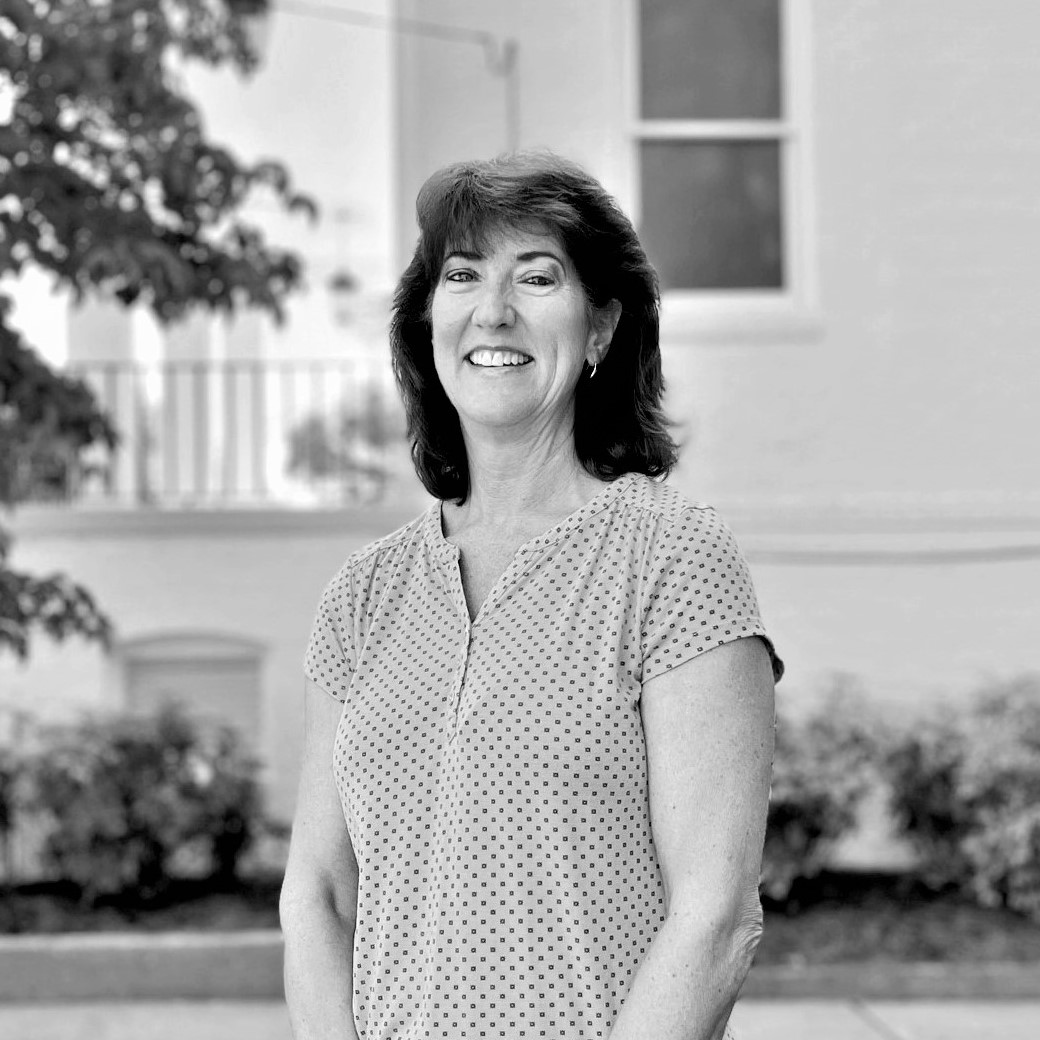 Laura moved to Columbus from San Antonio 28 years ago.  She was determined to return to Texas, but God had other plans; He provided a great job at TSYS, where she met her husband, Steve, of 21 years.  After working for TSYS 25 years, she retired but soon joined Pierce Chapel staff as our friendly and helpful receptionist!

Laura states,  “Even though I don’t attend Pierce Chapel, the people are outstanding; everyone has made me feel like family, like I belong here!” 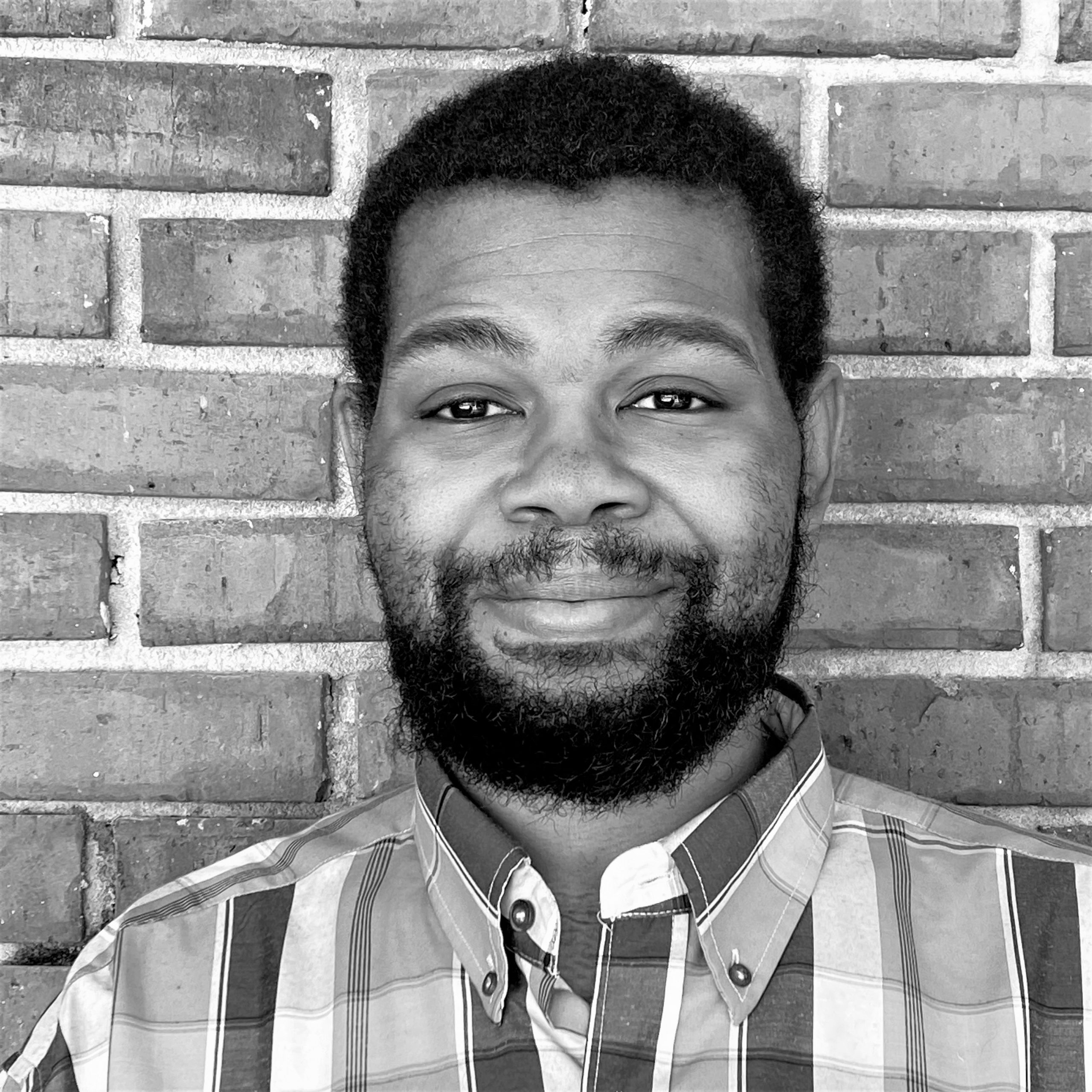 Tony joined the Pierce Chapel staff this year as Financial Secretary.  He comes to us with lots of experience in financial accounting and we grateful for his knowledge!  Tony also works part-time in a financial position with The Columbus Botanical Gardens and will continue in that role as he also serves on our staff team part-time.

Tony is a native of Montgomery, AL, and has been married to his wife, Ashley, for two years. 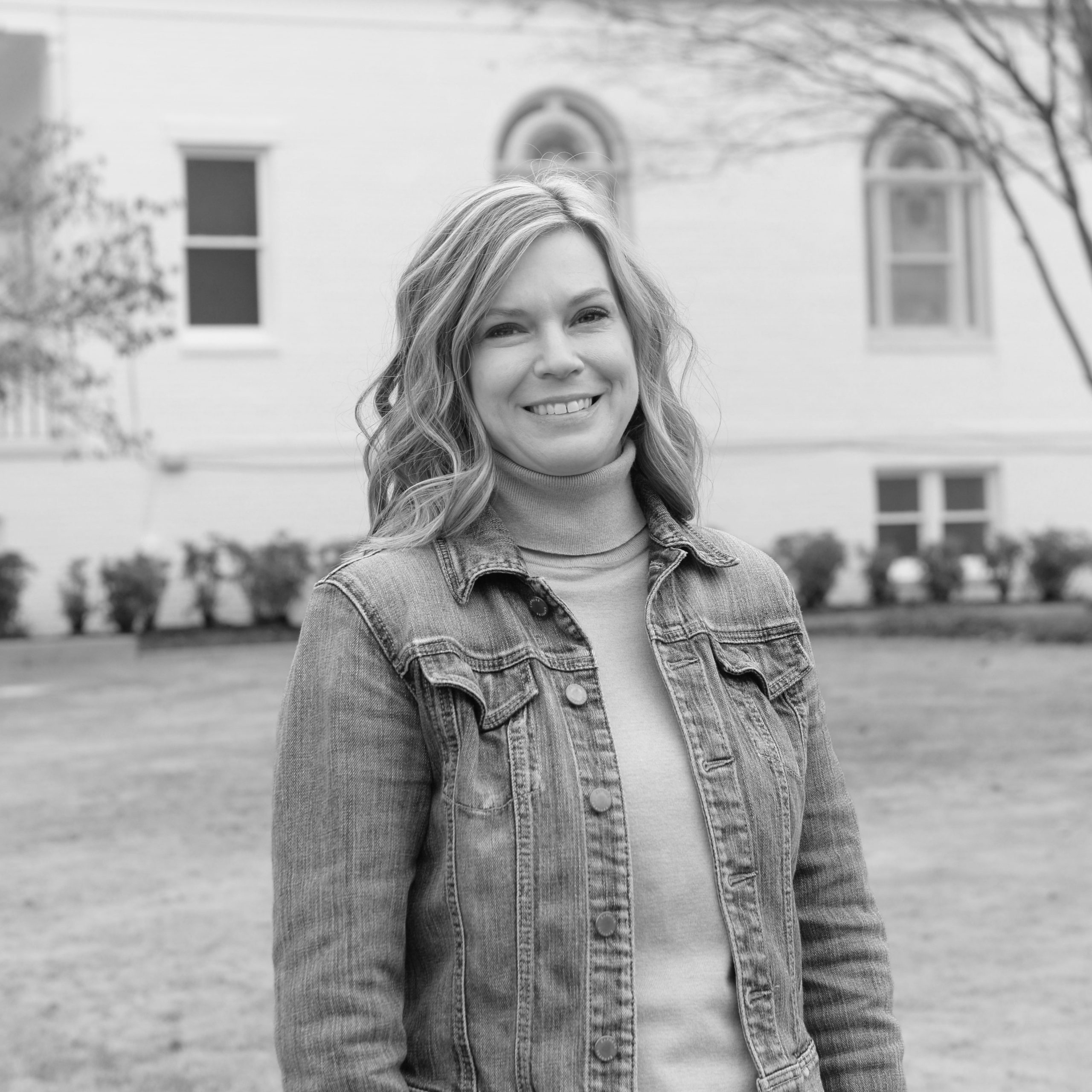 Monica earned her Bachelor of Science in Christian Education from Central Christian College of the Bible.  She is a proud military spouse and a blessed mom of three children.  Monica and her family currently live in Fort Campbell, Kentucky and she works remotely for Pierce Chapel using her gifts of graphic design and technology to serve on staff from far away!

Monica has a passion for serving others and enjoys being a part of the Pierce Chapel Team!