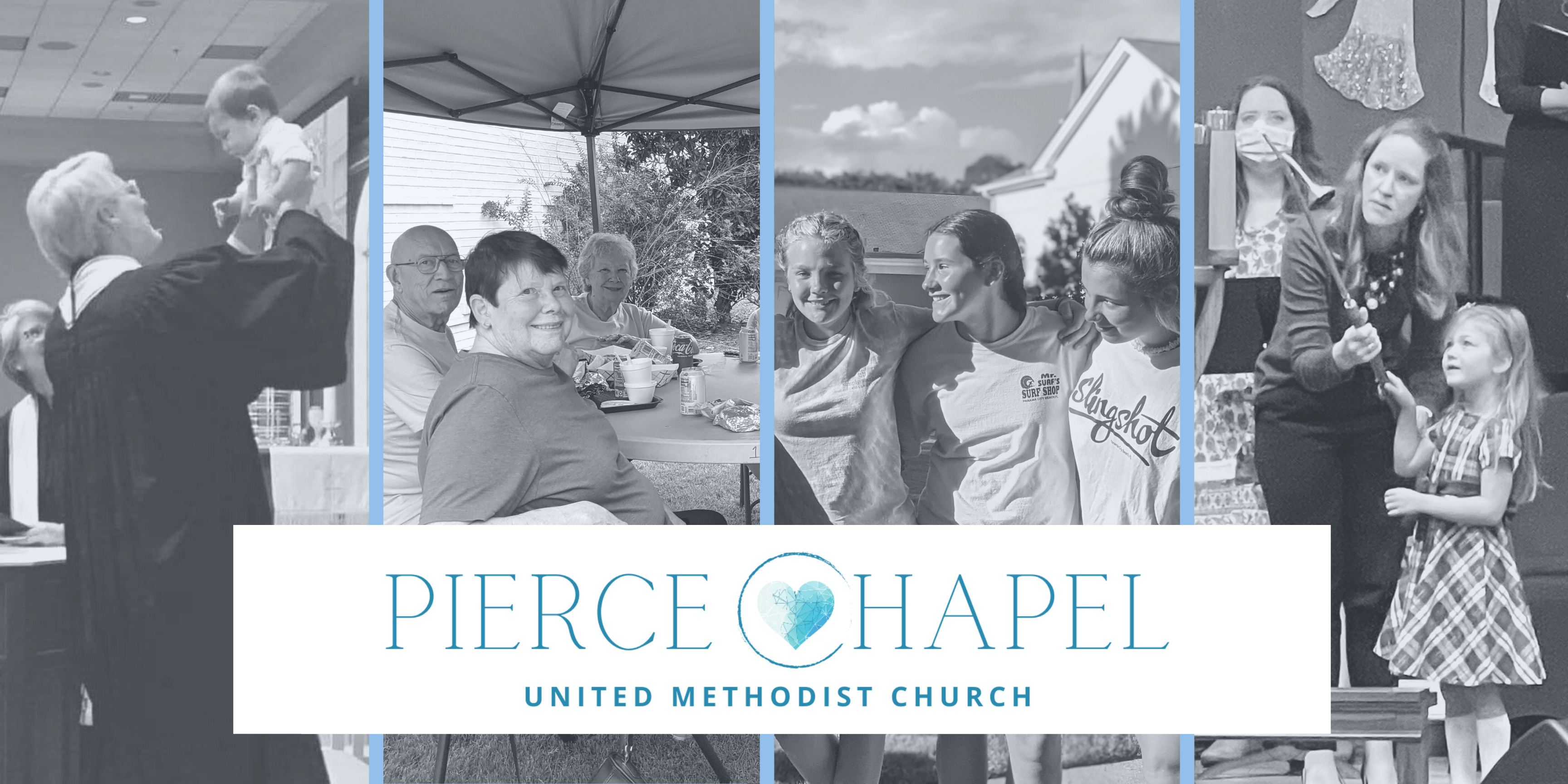 The mission of Pierce Chapel is to develop mature disciples

who know, love, and serve Jesus Christ as Lord and Savior.

Fill out our Connection Card to log your attendance, send prayer requests or to update your contact information. 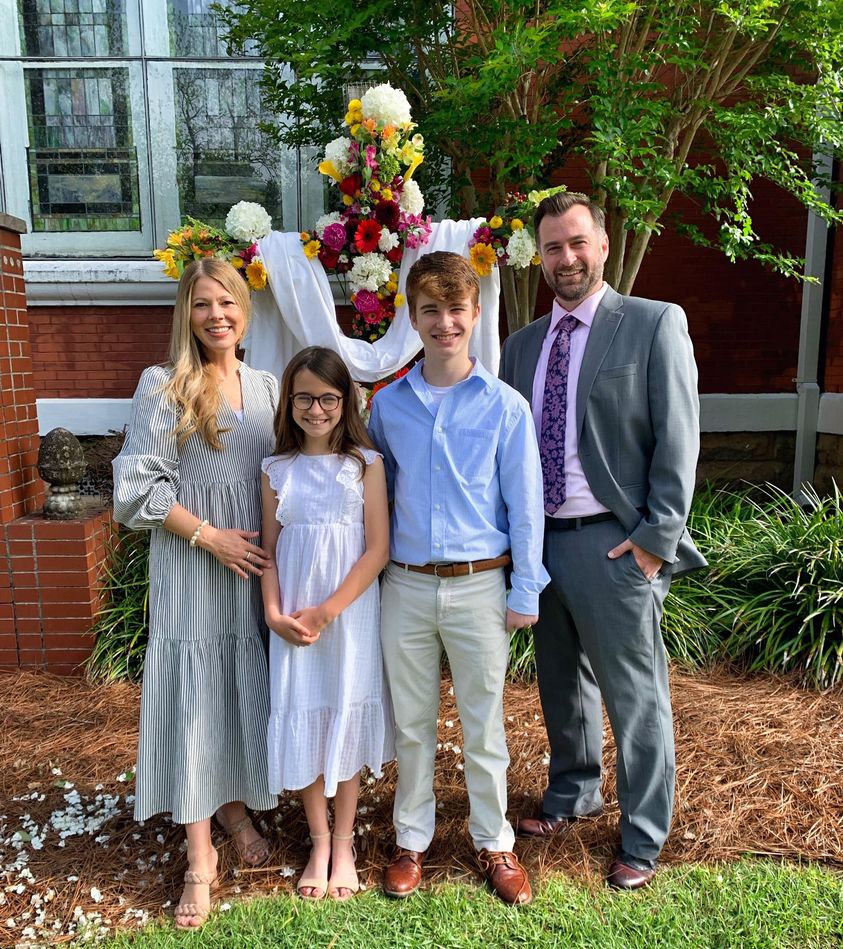 Pierce Chapel is excited to welcome a new pastor for the first time in 31 years! Reverend Jerry Akin has been appointed as the Senior Pastor of Pierce Chapel UMC.

Jerry is a native of Columbus, Georgia. He graduated from the University of Alabama where he studied literature, and he earned his Master of Divinity from Candler School of Theology at Emory University. While at Candler, he helped relaunch, and served as the vice president of the Candler Evangelical Society.

A natural story-teller, Jerry has a passion for pulpit ministry and uses a narrative, conversational style of speaking in his sermons. Jerry most recently has served as the pastor at Vienna UMC and previously also served in Macon and Buena Vista.

In his spare time, he enjoys spending time with his wife, Clare, and their children, Liam and Hannah Clare. He also enjoys running, writing songs on his guitar, and spending time in the outdoors.

We know visiting a church for the first time can be intimidating, but at Pierce Chapel, we want you to feel like “you belong here” from the moment you arrive.

For what to expect and information about our services, click the button below to learn more before your first visit! 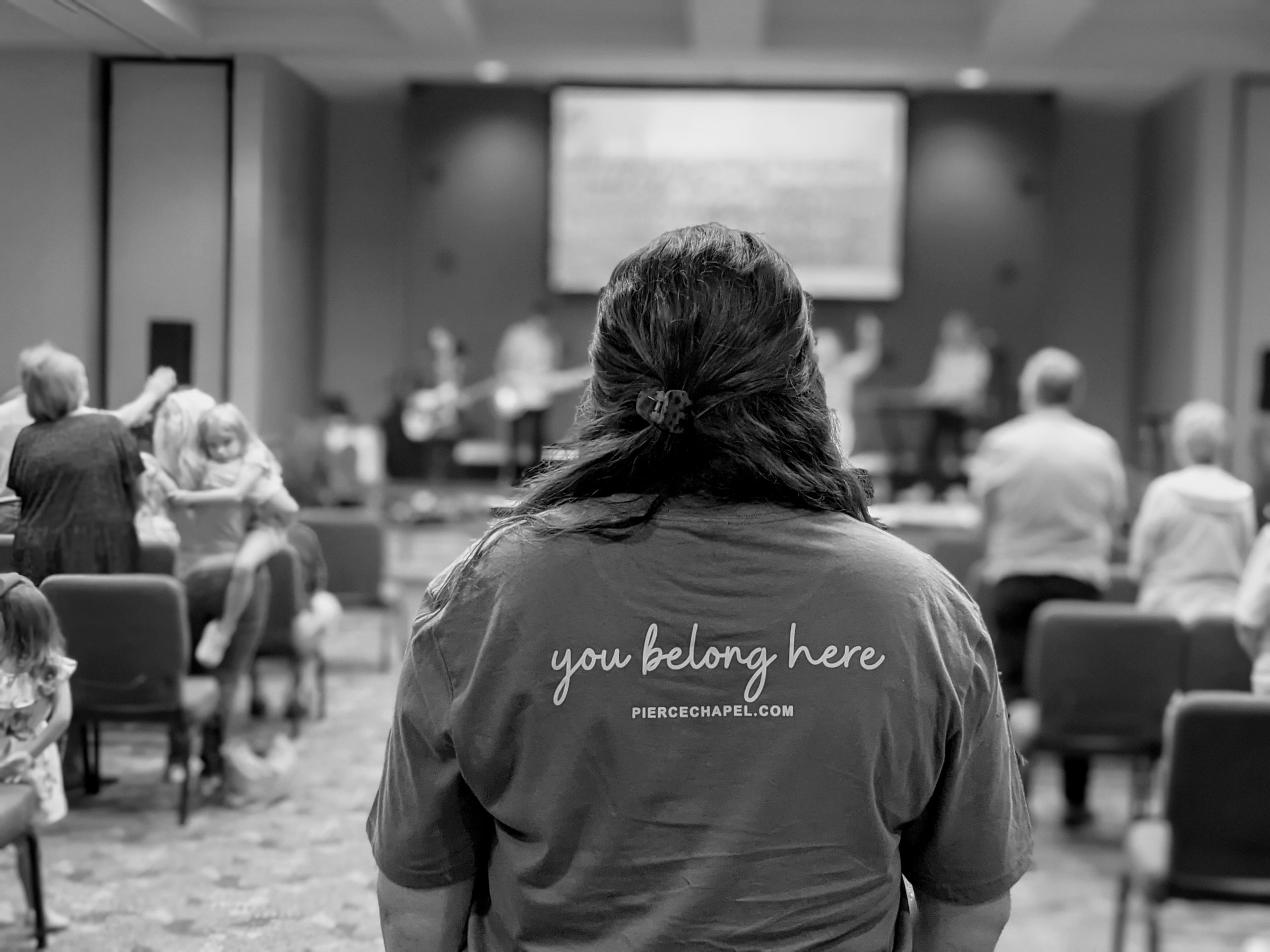 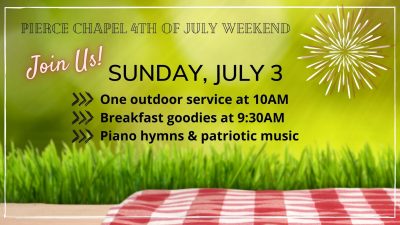 One Outdoor Service on July 3!

You're invited to an outdoor service on Sunday, July 3 at 10 AM with special patriotic music & hymns! (Last year's service was such a hit, we decided to do it again!) Breakfast goodies will be served beginning at 9:30 AM. Chairs will be provided (in the shade!)...

END_OF_DOCUMENT_TOKEN_TO_BE_REPLACED

Looking for a way to connect and grow with other ladies?

END_OF_DOCUMENT_TOKEN_TO_BE_REPLACED 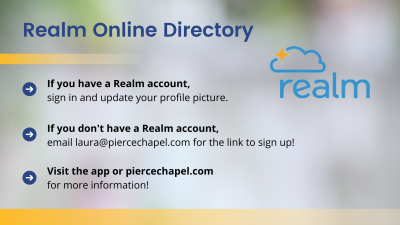 Realm is our online church directory that allows you to keep your contact information and profile picture up to date!